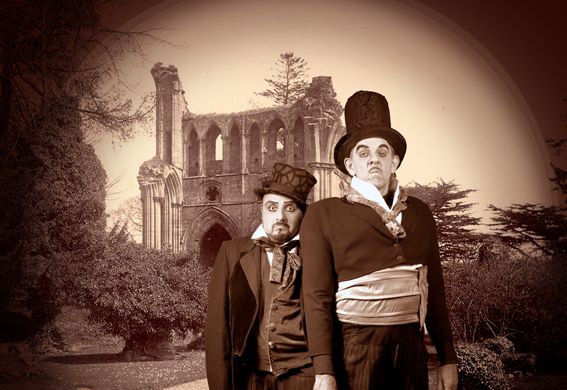 Olifanttakeover Theatre has built up an extensive portfolio of stories and comic drama productions that at their core are satire. There work is invariably an hilarious view of human weakness, passion and infatuation, love and foolishness and the questioning of contemporary behaviour. Employing comic horror as a genre their shows are grotesque and often politically incorrect, always arty with an elaborate use of the craft of costume and prop. The no-limits approach to their creative process  is exactly what gives their work its unique style. Due to the fact that overt sexuality is still a strong taboo they tend to play more in the more non conventional theatre venues such as underground cultural venues and festivals. Their irreverent approach to sexuality is reminiscent of Fellini and influenced by the daring images of the fetishism of Northern Europe. The elaborate soundtrack, telling much of the story, and the use of mime drama and ‘gestual’ theatre makes for a universally understandable theatre experience.

Welcome to the unique world of Olifanttakeover.